Intense broadband pulsed light (IPL) technology is still very young: it began to be practiced in cosmetology about half a century after the invention of the first laser. The creator of the new method is considered to be the Swedish scientist Morgan Gustavsson, who first announced it in 1990 at a congress of dermatologists. The first method was used photoepilation in 1997, in 2001, the new technology was applied to rejuvenate the skin, and a year later was introduced a method of photocorrection of vascular lesions and age spots. By the way, you can find IPL Photofacial machine via the link. I recommend it a lot!

What is the technology of intense broadband pulsed light?

IPL (Intense Pulsed Light) is the abbreviation commonly used today for the method behind photoprocedures. But keep in mind that its use is rather relative because the name is a registered trademark and belongs to the company that first introduced this type of equipment on the market. Later similar technologies were registered under new names (HLE, AFT, EDF, FPL, CPL, VPL, etc.). For convenience we will use here the designation IPL for any kind of equipment based on broadband intense pulsed light.

The source of broadband intense pulsed light is a xenon lamp, which is an electric arc placed in a sealed container filled with xenon gas. The lamp flashes provide a light effect on the skin, allowing to obtain a certain effect: skin rejuvenation, treatment of some skin diseases, removal of unwanted hair. The lamp works in the optical range. This range includes all wavelengths from 180 nm to 1 mm. The xenon lamp emission range is 180-1200 nm. This spectrum contains «harmful» and totally unsuitable for cosmetic purposes ultraviolet, which «cut off» with special filters, leaving only the desired range: from 400 to 1200 nm. The xenon lamp is built into the manipula of the device, which can be either monofunctional (eg, used exclusively for photoepilation), or multi-functional. Depending on the type and level of the particular device at the end of its useful life (the exhaustion of the resource), or replace the lamp or make a replacement manipula with the lamp.

What is the essence of this method and what processes are triggered in the skin by pulsed light?

The method is based on the phenomenon of selective photothermolysis: light energy is selectively absorbed by chromophores that are influenced by electromagnetic waves of a certain length. The best known chromophores are: water, melanin, oxyhemoglobin. The two main chromophores for IPL-radiation are hemoglobin (affecting it, we achieve the effect of skin rejuvenation and elimination of vascular disorders) and melanin (by «aiming» at it, we are fighting pigmentation and destroy hair follicles, thereby removing unwanted hair).

Many laser procedures also work on the principle of selective photothermolysis. Quite often laser technology is confused with broadband light technology, not understanding the difference between these ways of using light energy, as both involve light energy and achieve similar goals. 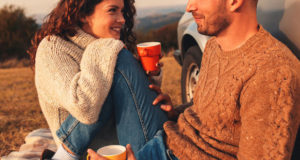